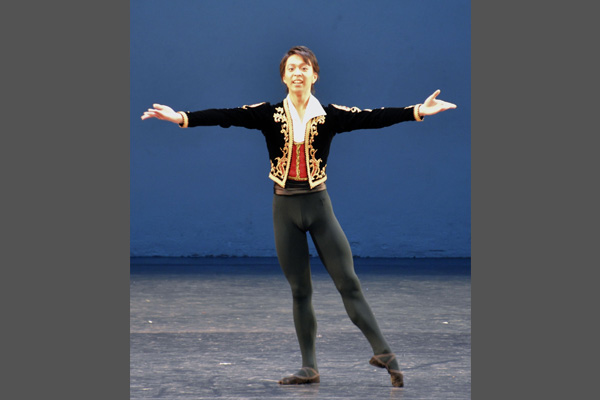 As there was no Grand Prix award winner in the senior division for dancers between 15 and 19, the 15-year-old from the western Tokyo suburb of Tachikawa became the top male dancer in the division.

Set to become a student at Britain’s Royal Ballet School in September, Matsuura said he wanted to excel.

“I want to be a dancer that can bring a smile on everyone’s face,” he said.

Other Japanese participants also performed well at the event.

Masaki Suetsugu, 14, from Tokyo’s Toshima Ward became the runner-up in the men’s group in the junior age division for dancers 12 to 14, as did Yo Nakajima, 13, from Sumida Ward, in the junior women’s group.